What’s up Marcin how’re you doing? First of all let’s talk about your last fight. What in your opinion goes wrong for you? Do you think that he was better at that night or he was just lucky?

No, I don’t think that he was just lucky. I believe that he was better at that night. I had my moments in the first and second rounds. I was close to finish once and I didn’t make it so he capitalizes on his opportunity and I didn’t. 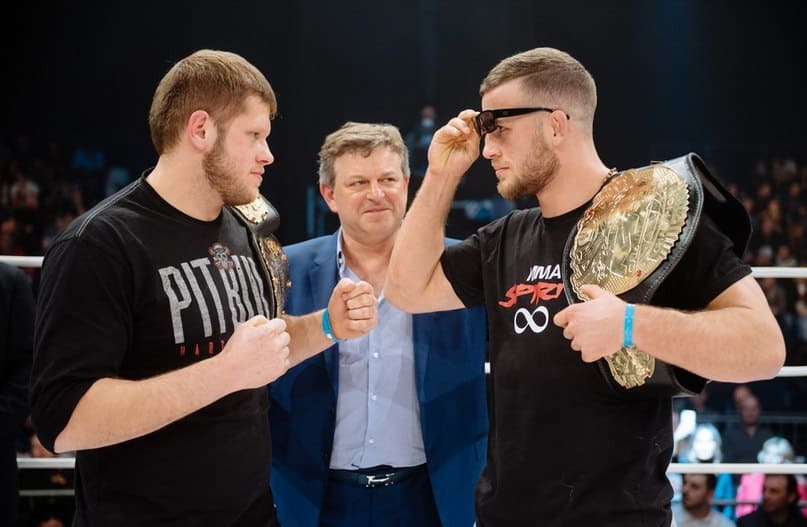 In your previous interview you said that losing is a common thing in this sport and it doesn’t bother you at all if you’ll lose someday. It was before your actual loss to Putz when you still were unbeaten. Can you please tell us how everything went in real life? Was it hard? What emotions do you experienced when the referee rise his hand instead of yours?

Of course for me it’s a part of the game. No one likes to lose. But I knew that I won’t be unbeaten my whole life and I knew that this day comes eventually.

So basically it wasn’t hard for you at all to embrace this loss?

So it was hard most in physical way but not in emotional one?

It wasn’t hard in physical way as well. The only thing was my nose and this it was pretty much it.

At first emotions was bad of course. After the event I was pretty sad. But after all I realize that I need to watch my fight again, find my mistakes and just keep going. 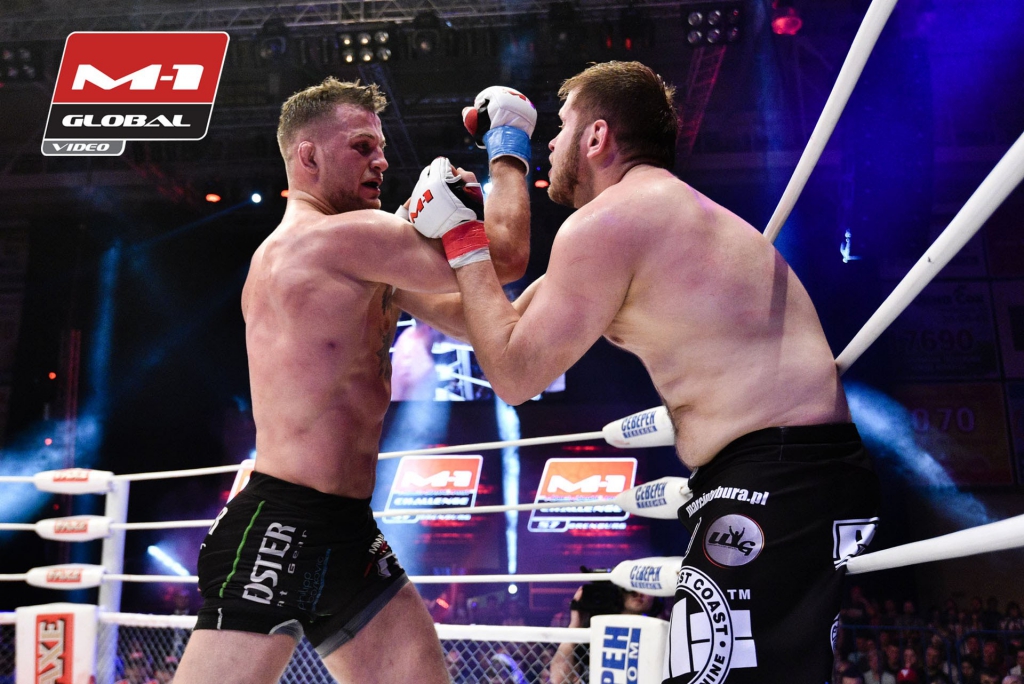 Can you say that this loss was useful for you? Did you learn any lessons from it? May be you change something in your training process and if you do what was it and why?

I actually had more sparring practice after that fight. I went for the better guys – that was the change. Another change was to start a new diet with professional nutrition specialist. Also we changed couple of things in training so I hope next time it will be better.

It seemed that cardio was the main issue. Do you pay more attention for this aspect now?

Of course I do. I was too tired in that fight because I focused too much on taking him down to the ground. That was unnecessary because I think that I could win this fight with my stand up when I still was fresh. When I was tired it was hard for me to defend myself. I hope that new diet can help in it as well. We work with cardio every time and it looks good but sometimes it just gets wrong. Everything could happen.

Do you want to avenge this loss someday? What your prediction for potential second fight?

I don’t think that I need to ask for rematch right now. I also think that he won’t be willing the revenge with me because this fight was in heavy weight division. And also for the second fight he might ask me drop to 93 kg and I don’t want to. I think for now it will be best for me to move on and show that I become a better fighter.

Let’s move on to your next fight versus Croatian Ante Delia at 20’th of September at M-1 Challenge 61. Could you please tell us about your preparation for the fight? In what camp do you train? What is the main focus in training process?

Every time when I prepared for a new fight there is something that I change. For this time the main change was to find better sparring partners. I found more of them and now I have a good base because I basically trains separately in different aspects of the game – MMA, stand up, wrestling. And I think it will be a big help in this fight considering how much time I spent in real combat. Luckily everything goes well so far and I have no injuries. 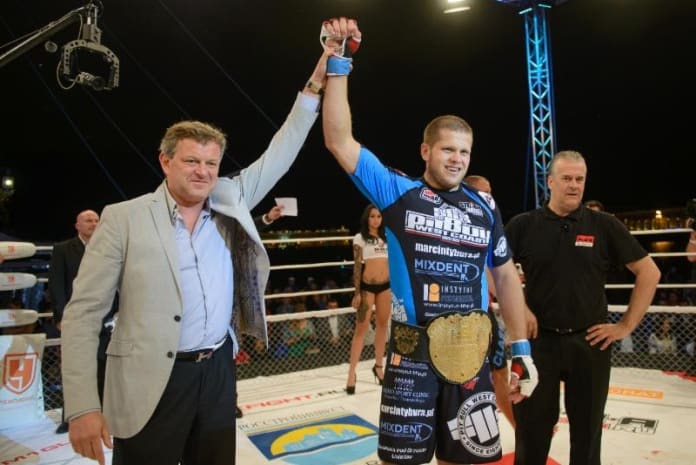 What do you know about your opponent? Do you consider him as dangerous fighter or not? Do you already have a game plan?

Yes, absolutely. He is definitely a dangerous fighter. I think every fighter that I fought was dangerous. I can’t say that he is the most dangerous opponent that I have because I still don’t fought with him personally. I can tell it only after the fight. And yes, I have a game plan but every time it works only for a few minutes so we’ll see what happens.

I know that fighters don’t like to rush things but if you’ll win who will be next for you?

I have now idea. Even hypothetically and I never think about this.

OK, let’s move away a little from your fights and talks about general stuff. Recently in UFC was crowned the first champion from your country. What do you think about her? Did you meet her in person or maybe even have chance to train with her?

I don’t train with her but I met her a few times. I think that she is a very hardworking fighter. She improved a lot since her debut in MMA. Her stand-up game was already at very high level but now she getting much better in wrestling and everything else. I saw her last show and I think that she keeps this belt for a long time.

Can you say that this belt helps to development of MMA in Poland or it mostly stayed unnoticed?

I think that now she got much more payments for sure. Unfortunately Poland not that willing to show MMA but she definitely got an attention and it helps to Polish MMA a lot. 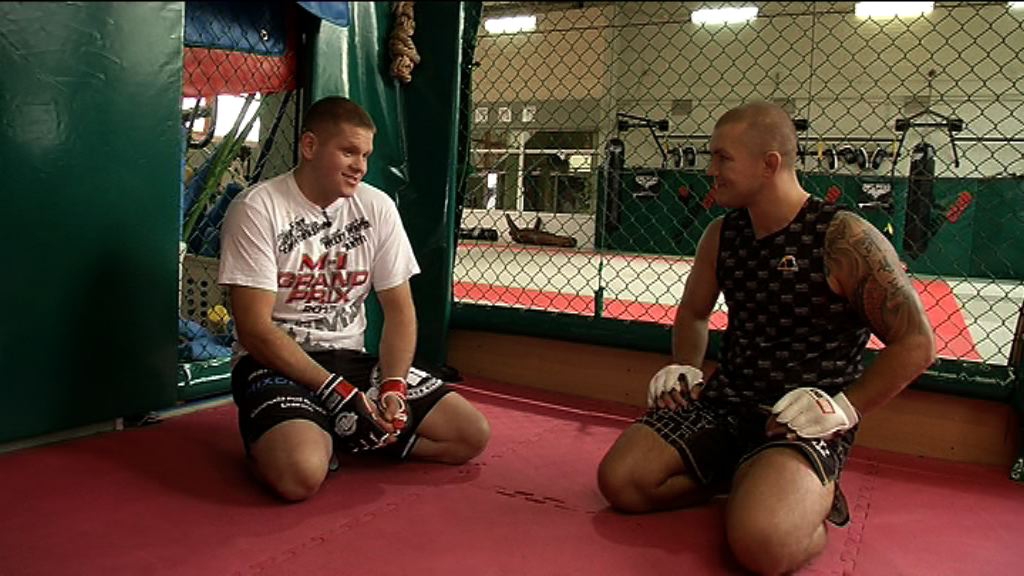 Let’s rewind the time backwards why you decided to sign with M-1. There is at least couple of decent promotions in your country? What was the final trigger to choose the organization? Was it about money or something else?

At that time my manager was really close with matchmaker of M-1. When we think about new promotion, M-1 was the first organization which gives me an offer. And it already was much better money that I got in Poland by that time. Also it’s a huge and popular organization which I already knew so it was pleasure for me to accept this offer.

I know that usually fighters have hobbies or something that helps them to rest from fights physically or mentally. Do you have such thing? If yes what is this?

It’s hard to say. I don’t have any particular hobby. Sometimes I like to play some other sport like volleyball or football. That helps me to relax.

What do you think about our country in general? Please don’t hesitate in your answer J

I like it actually. Every time when I was there I was welcomed very kindly and people were cheering for me. I am not going to talk about political stuff because it completely different. So I like people and everything else.

Do you ever consider moving in Russia for good? Why? May be you want to move in some other countries? If yes what countries and why you pick it?

No, it would be hard for me right now. I used to live in England for 1,5 years but I have to get back in Poland because I have some stuff to do. I have to be here at that moment. 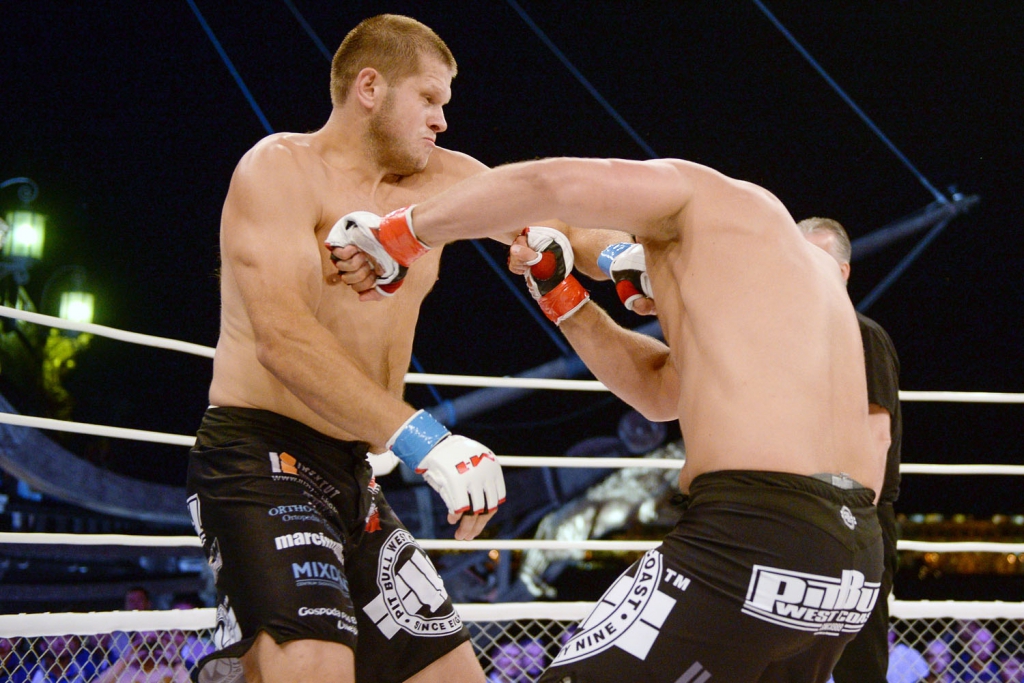 Do you think about moving your camp somewhere abroad?

Yes, I thought about it. By the way once I was invited to Russian camp. It was in Caucasus but I can’t remember its name. It was high in the mountains so it can be very useful to train in such altitude to get used to it.

So what’s your plan for the future? If I have the right information your contract with M-1 expires in the end of the year. Do you plan to prolong it and stay or you want to reach the new height and continue your carrier in one of the top American organizations? Do you have any proposals?

Actually it’s hard for me to say something like that right now because I have fight in two weeks. Everything depends from this fight so I need to focus on it and not thinking about the future. So we’ll see after that fight.

OK In the end we’ll do the sudden q&a — I ask you’re a brief question and you should ask very fast basically without thinking at all. Let’s go

Favorite holiday – don’t have one

In conclusion, could you please say couple of words for our readers?

I want to invite everyone to watch my fight with Ante Delia at September 20th. I hope we’ll make a great show. Also I want to thank all Russian fans for support me. I can see it a lot in Social media even when I don’t have a scheduled fight. I hope to come in Russia as much as possible.

That’s it I have no questions left thank you very much for your time, I am very appreciate that. I wish you best of luck and I hope that someday you will be the second UFC champion from Poland.